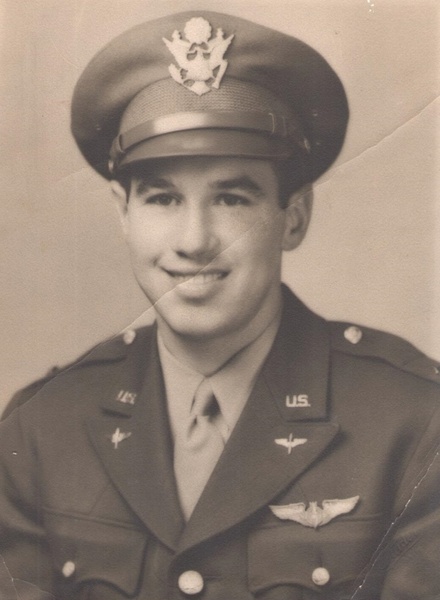 He was a decorated World War II veteran whose favorite “war stories” were about the friends he made in the service.

He was married for 65 years to the love of his life, the late Frances Mae (Phillips) Parisi. They were devoted to raising their eight children at homes in Chicago and Oak Lawn and took great pleasure and pride in their grandchildren and great grandchildren.

He owned and operated a successful business, Sam’s Food & Liquors in Lyons, for nearly three decades. The grocery and liquor store, with a neighborhood tavern in the back, remains in the family and still prides itself on friendliness. Sam also was a man of deep Catholic faith, known to wear out his rosary beads.

“Our dad was a big personality—warm and funny and fun to be around,” said Tom Parisi, his youngest son. “He made easy conversation and fast friends. He loved to play games, to dance and to sing, including some old and sometimes off-color songs he learned during the war. Even in hard times during his life, including his final days, he remained upbeat and grateful, clinging always to his deep faith in God.”

Sam, 95, most recently of Crestwood, died Feb. 11. He was born in Chicago on Nov. 5, 1920, the youngest of eight children to Sicilian immigrants. Sam enlisted in the U.S. Army Air Forces in 1942 and served as a bombardier and navigator on B-24s. With the 330th Bomb Squadron, 93rd Bomb Group, he participated in 25 missions over Europe, rising to the rank of lieutenant and earning a number of medals, including the Distinguished Flying Cross.

Sam and Frances, a nurse who had moved to Chicago from Nebraska, began dating after the war, often heading to Comiskey Park to cheer on their beloved Chicago White Sox. They were married in 1948.

In 1990, Sam and Frances moved to Dunedin, Fla., where they served as the consummate hosts to visitors. They returned to Chicago in 2013, moving into The Pointe at Kilpatrick in Crestwood, where they made many new friends.

In lieu of flowers, donations can be made to Mercy Home for Boys & Girls or Paralyzed Veterans of America.

To order memorial trees or send flowers to the family in memory of Sam Parisi, please visit our flower store.